This weekend we had a long 16 hour round trip drive to Raleigh, NC, and back to Nashville for our teenage boys’ travel soccer team.

Tom Petty’s Buried Treasure show is one of my favorite radio programs on Sirius XM. It’s the perfect show to tune in to while making one of these long drives, I just wish it was longer than an hour and they would play them more often.

During one of his shows, Tom played a song called Hot Smoke & Sasafrass by a band called Bubble Puppy. I thought it was a rather strange song and snapped a photo of my radio display to make sure I wouldn’t forget about it.

Released in 1969, the song has that late sixties psychedelic vibe to it that would probably cause it to be featured on the Nuggets box set. Evidently, the strange band name is taken from Aldous Huxley’s Brave New World.

After playing it on his show, Tom Petty mentioned he’d been getting requests to play Bubble Puppy for several years now and you could tell in his voice that he was still on the fence about whether or not he liked the song. He did say he’d given it a serious listen lately and enjoyed the song more than he remembered. I still think he had trouble taking the Bubble Puppy name seriously.

I’m going to keep my eye for this 45 when record shopping. It could be a fun one to pull out and surprise people with. 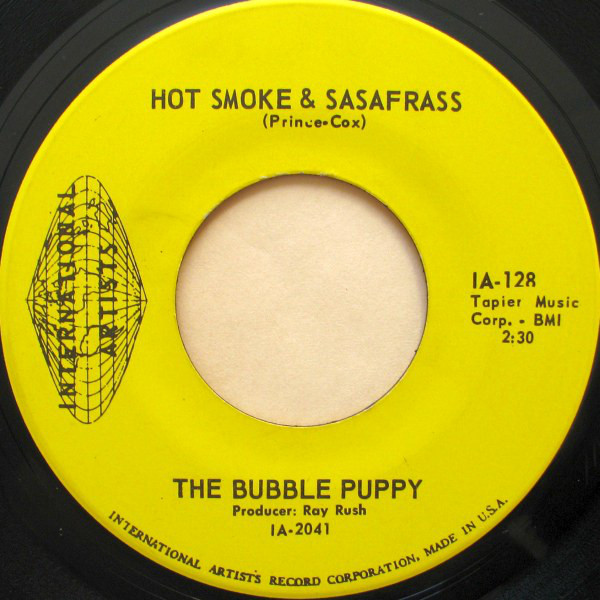