I don’t know exactly where to fit CCR in the chronicles of rock music history but growing up in Alabama and spending a lot of time with family in Louisiana meant I heard my share of Fogerty and company. I remember buying their Chronicle CD in a WalMart well before I could drive, but they aren’t exactly a band that’s stuck with me.

Having said that, I think they have some great songs that are rarely played on the radio (hello Long As I See the Light) and Hey Tonight is one of them.

I found this 45 over the weekend and picked it up just because I mostly dig the Fantasy label and it was going to cost me a quarter so…why not? 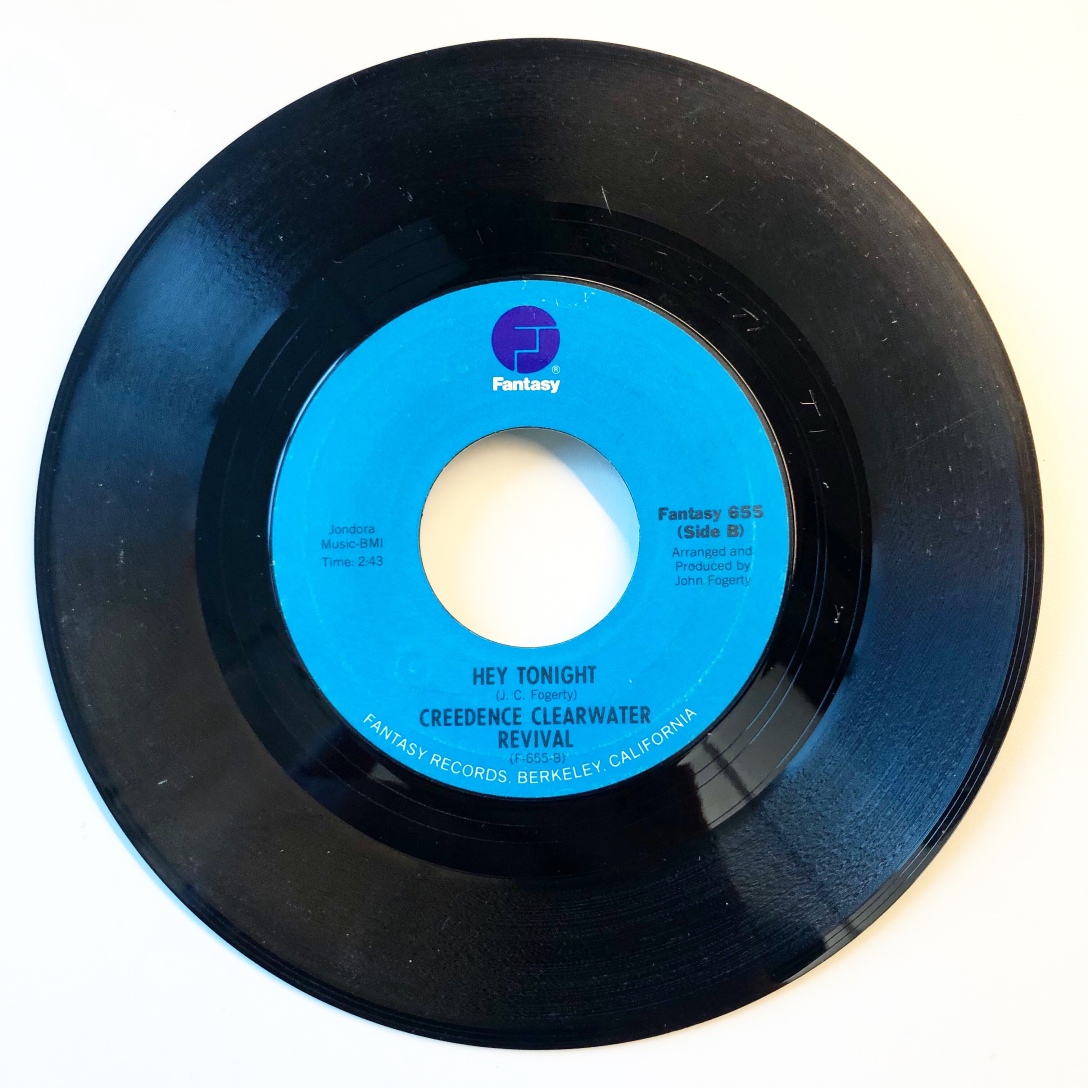 This 45 single was actually released as a double A side single with Have You Ever Seen the Rain? in 1971. I love the noisy angular guitar at the beginning that sounds to me like it’s right out of a Built to Spill or Pavement song. It’s two and half minutes of listening to the sun while Jody finds religion. What more do you need?

Maybe songs like this is what drew in D. Boon and Mike Watt all those years ago and helped them pick up the guitar and bass and start jamming econo.